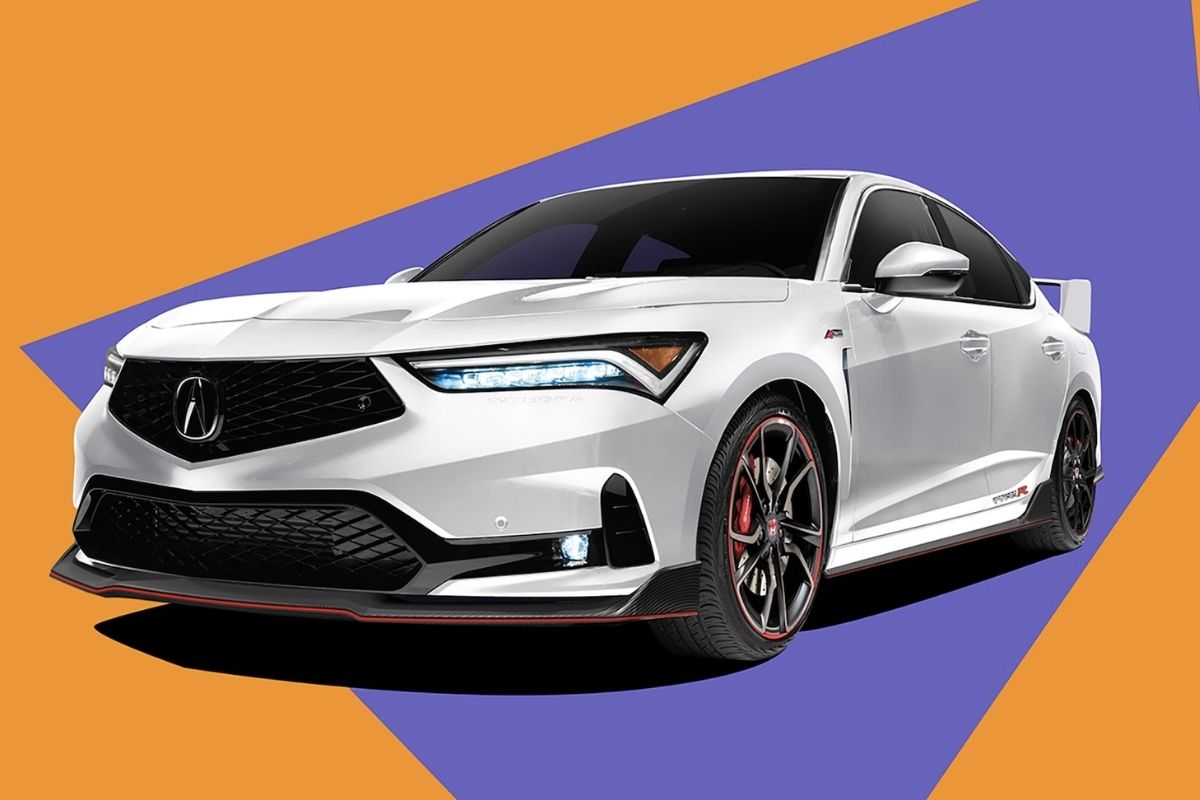 For the first time, we know how much the resurrected Acura Integra will cost. As expected, the new Integra is more expensive than the new Honda Civic—but not by much. It is based on the latest Civic, but it has a unique interior and exterior styling, as well as a combination of mechanical parts not found on any specific Civic model.

The Civic Sport Touring hatchback indeed has a lower-output turbocharged version of Integra’s 1.5-liter I-4 engine and the same continuously variable automatic transmission (CVT). This particular Civic has a starting price of $31,290. The cheapest Acura Integra starts at $31,895, which is only $605 more.

The 200-horsepower turbo 1.5-liter I-4 from the Civic Si model, which is only offered as a sedan, comes standard in every Integra. There is no all-wheel-drive Integra model at this time; the manual-transmission Civic has a limited-slip differential as well. Honda fans will appreciate this hatchback because its Si-based engine isn’t available in any Civic hatchback. This means that until the new Civic Type R arrives, this is the most powerful Honda-ish hatchback on the market (which, admittedly, is pretty soon). But the Integra isn’t just a sporty, fun-to-drive small car—also it’s a stylish, more premium version of the original Integra from the 1980s. So, here’s what each trim level has to offer:

Despite its entry-level status, even the base Integra comes equipped with a 10.2-inch digital gauge cluster, an eight-speaker audio system, a sunroof, and blind-spot monitoring in addition to heated front seats (with power adjustment for the driver). If you can find them at all, they’re usually only found on Civics with the highest trim levels. Taillights and a 7.0-inch touchscreen with wired Apple CarPlay and Android Auto — meaning you’ll have to plug in your phone to use it — as well as modest 17-inch aluminum wheels are all you’ll get in this car.

There’s no other way to get both the six-speed manual and the limited-slip differential on the loaded Integra! And the 9.0-inch touchscreen with Android Auto and Apple CarPlay wireless connectivity is also available. Interior upgrades include a 16-speaker ELS audio system, built-in Amazon Alexa assistant, and a head-up display for the driver; a USB-C port; 12-way power-adjustable driver’s seat; 4-way power-adjustable passenger seat; microsuede seat inserts; and remote start and start/stop. The A-Spec exterior remains unchanged (CVT only). An “Individual” drive mode that allows you to customize various vehicle systems, including the suspension, to calmer or sportier settings is also included in the Tech package. You’ll be charged the same amount whether you opt for the CVT or the six-speed manual transmission, which, by the way, is an optional extra that comes free of charge.

It’s hard to argue with the low-end Integra pricing, at least in terms of features and looks, given how much more it costs than the Honda Civic. Although it costs only a few hundred dollars more, the Civic A-Spec w/ Technology package comes with many of the same features found only in Integra’s top trim level, the A-Spec w/ Technology package. Acura models cost several thousand dollars more because they come equipped with more desirable features such as a larger touchscreen, a manual transmission, and a better sound system.

However, Integra’s appeal extends to a variety of groups; if you’re a Civic Si buyer who’s willing to spend a little more to get a nicer interior, adaptive dampers, and hatchback practicality, the Integra’s there. Maybe the Civic hatchback isn’t quite what you’re looking for in a car. Even with its stellar powertrain and agile handling, the new Volkswagen GTI’s touch-sensitive interior controls may be too much to overcome. Integra… Audi A3, BMW 2 Series Gran Coupe, and Mercedes-Benz A-Class are some of the other entry-luxury products. Unless you need available all-wheel drive (which those Germans all have), you’re in for a great deal by going with the Acura.

On social media, images of the interior have been shared.
At the 24 Hours of Daytona in Florida, the Integra was on display.
Integra production is scheduled for later this year.
On purpose or not, Acura revealed the interior of the 2023 Integra at this weekend’s 24 Hours of Daytona in Florida. Integra’s cabin was mysteriously absent from the prototype reveal at the end of last year, but it was evident in the race vehicle, which appeared to be production-ready. These photos of Integra’s dashboard were sent to C/D by C/D user @Derphound01 via social media.

Acura has scheduled an early June 2022 arrival for the 2023 Integra.

The 2023 Integra will compete with the Honda Civic, Hyundai Elantra, Subaru WRX, and Volkswagen Jetta GLI.

In 2022, the Acura Integra will be back on the market. We know that the next-generation car will have a 5-door liftback design and a 1.5-liter turbocharged engine because the automaker recently showed off the Integra Prototype. In line with what was said before, the redesigned Integra will also have a 6-speed manual transmission, a 9-inch touchscreen that works with AppleCarPlay and Android Auto, wireless charging, and a 16-speaker ELS STUDIO 3D audio system.

The fact that there is a manual transmission Integra could be good news for people who like to change gears themselves. Cars like the Acura TLX, on the other hand, don’t even have a manual option. But it’s important to know that the 6-speed manual transmission is only available on the top-of-the-line A-Spec trim with the Technology Package.

Some people have already asked if the Integra is just a rebranded Civic Si, but it will have JewelEye LED headlights and an aggressive stance that is unique to Acura. The big reveal for the brand was the Integra Prototype, which has 19-inch wheels with a matte finish and oversized Brembo brakes.
The production Integra has not yet been given its official specs. Acura has been making a lot of cars that look like they were made in the 1990s and early 2000s. For example, the company recently added the high-performance TLX Type S to its line-up.

The engine in the 2023 Integra is a 1.5-liter turbocharged inline-four that makes 200 hp and 192 lb-ft of torque. It comes with FWD and a CVT that Acura says has been tuned for sport. With the Technology Package, the sporty A-Spec trim comes with a six-speed manual transmission. The 2023 Honda Integra is built on the same platform as the new and very good 2022 Honda Civic. This is a good start.

If a hybrid car is added to the lineup in the future, it might look like an Integra Type S. An electric Integra wouldn’t just be more fuel-efficient; a hybrid can give a sporty compact just the right boost that drivers will appreciate as they pull away from a stoplight.

The first kind of car that the new Integra comes as is a five-door liftback sedan. It is made from the same parts as the current Civic hatchback, so it makes sense. The first Integra was a two-door hatchback, but later models came with four doors.

The Integra A-Spec has an optional $3,000 Technology Package that can be added to the base price of the model. The package adds a 5.3-inch head-up display, sound that can be changed inside the car, a larger 9-inch touchscreen with wireless Apple CarPlay and Android Auto, and wireless charging. It also adds safety features, such as parking sensors in the front and back and automatic braking at low speeds.

For the first two years or 24,000 miles of ownership, basic maintenance on the new Integra is free at Acura dealerships. This includes standard oil and filter changes, tire rotations, and multi-point inspections. Also included are two years of connectivity through AcuraLink.